This is Kai. He was born in Oct 2016 and now is about 2 years and 4 months old. He is a golden retriever. He is super friendly to anyone and very loving. He loves swimming, running, digging a hole, chasing a tennis ball, and eating ice cubes. He is very smart and he knows many words now, and some of the words are actually Japanese since I talked to him in Japanese sometimes. He became a bilingual dog. 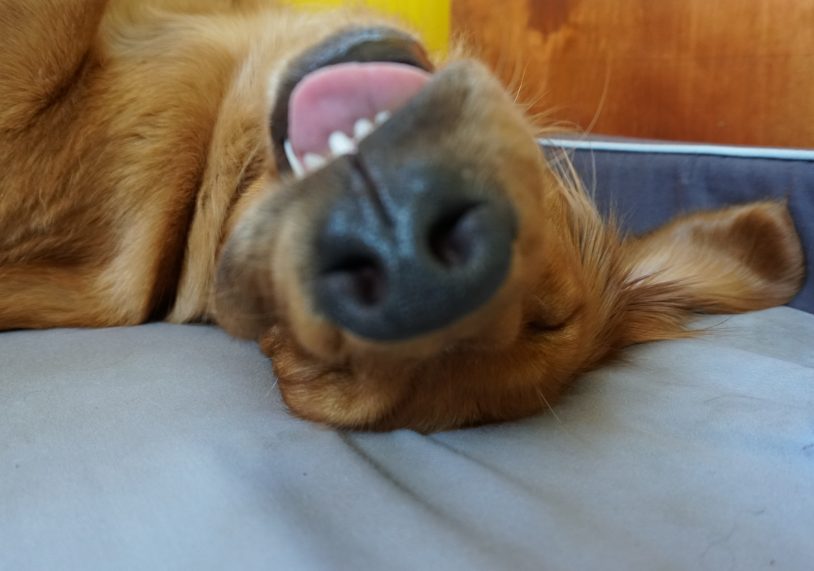 He thinks he is a guard dog, but I doubt it. 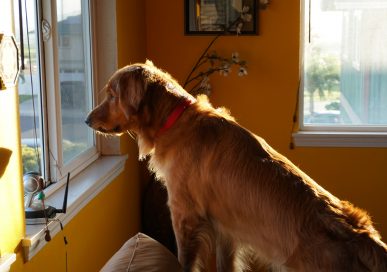 He loves food, but he has a good manner and doesn’t steal anyone’s food.  He just stares at it and drools until someone really hands it to him. 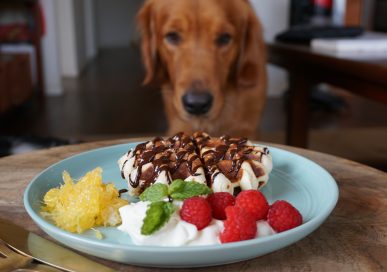 He loves sleeping on the quilted tapestry that my mom made. 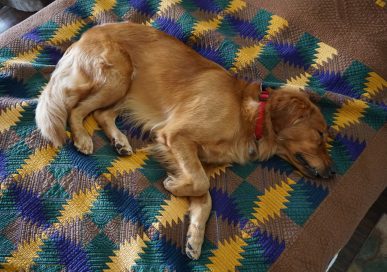 I love the dog! He is so cute