When it’s hot outside, I don’t feel like cooking using heat much. I just want to eat something simple and nutritious. This dish is perfect for that.

Shabu Shabu is a Japanese hot pot dish with thinly sliced beef you immerse in a pot filled with various types of vegetables and noodles. It is usually cooked at the dining table using a portable stove and eaten as it’s being cooked. 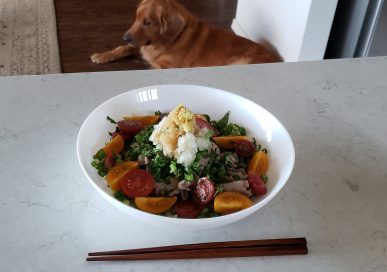 In Japan, people use a lot of lettuce for shabu shabu salad, but my version doesn’t use any lettuce. Instead, I use only herbs. This time, I used green onions, basil, cilantro and also grated daikon radish and grated ginger. You can also use other types of fresh herbs, like mint or dills.

Japanese people eat a lot of grated radishes. During winter time daikon radish tends to become sweeter especially the part close to the leaves. The bottom part of the radish tends to be bitter. I like a bit of bitterness, but sometimes it’s so bitter that I’m not able to use it. When you use grated daikon radish for any dish, grate a little bit first, and taste it. If it’s sweet, you can use as much as you want and if it’s bitter it is not a good idea to use it at all. Adding lemon juice could weaken the bitterness. It’s all up to you. 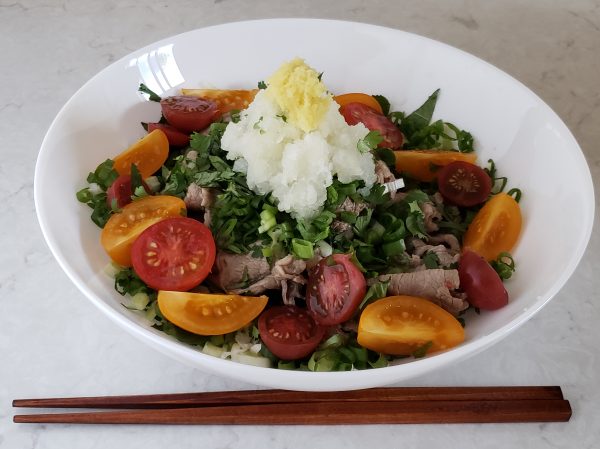